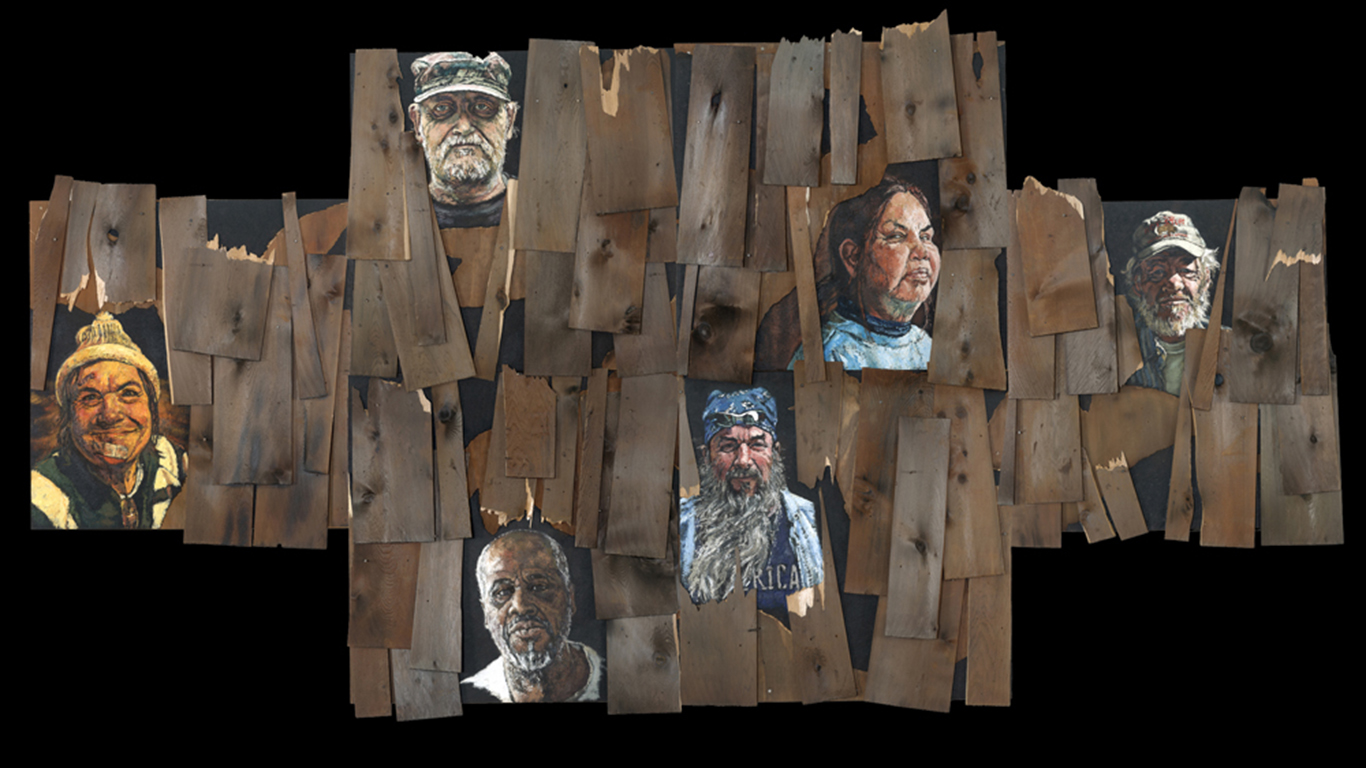 Two ways of defining the gospel

As Christians, we’re all familiar with the word “gospel”. It is the core of everything we believe. But, as I’ve come to realize in the past couple of years, we all have a slightly different idea of what the term means. The Church at large is pretty much divided on how we see the gospel message. It is presented either as:

1) The message of sin and redemption, made possible by Jesus’ death on the cross.

2) The kingdom of God in action, focused on expressing God’s love, justice and compassion for the poor and disadvantaged.

Those who cling to either of the two views can, at times, be very much up in arms, discrediting the other for presenting the message inaccurately. The first view takes issue with the other as being soft on sin, and largely downplaying the supernatural elements of scripture. And they’re not wrong. The second view sees the other as being blind and deaf to the very real problems in the world around us. This too, is merited. But the problem is this: we’re not even framing the debate correctly.

To deny either aspect of the good news would be an egregious error. To gloss over the truths about sin and redemption, we would be ignoring the reason for Jesus’ DEATH and resurrection. Apart from His sacrifice, we are  without hope.

To downplay the social aspect, we’re invalidating the reason for Jesus’ earthly LIFE and ministry. He walked this earth, as one of us, for reasons that were more than just a lead-up to His death. He was showing us a new way of living, a way that brought us more into alignment with the desires of God.

Why should Christians care about “social justice”?

The term “social justice” is a loaded term nowadays. It’s unfortunate, tragic even, that it has become political. But we live in a truly bizarre era where even chicken sandwiches have become political! This splitting of hairs is certainly not what Jesus would have wanted. By contrast, His earthly ministry sought to undermine the political systems of his day, not to align with them. I would suggest that we have collectively relied too strongly on the systems of this world to accomplish what we should be doing ourselves. True and lasting change is not the job of the government, but of the believers as individuals, working on a relational level. Relationships built on love and humility, where we value the eternal consequence. That is the biblical model. If social justice seeks power, or to make a name for itself, we can be confident it is not of God.

Why should we care about social justice then? Short answer, because it reflects the heart of God. We are to care about justice because HE cares about justice. Abundant evidence can be found throughout the Bible. It is commonly mentioned in relation to righteousness, or being in right standing with God. As Micah 6:8 states, “what does the Lord require of you? To act justly and to love mercy, and to walk humbly with your God.”

In the New Testament, justice and righteousness are the very building blocks of the Kingdom of God. They are tools by which He seeks to restore the world. To pursue justice, first we must see people as God sees them. Pursuing justice requires love. It requires compassion. It requires sacrifice. To give biblical justice, our hope is that in doing so, lives can be pointed to Christ. To be shown love and compassion, hearts can begin to be opened up on the path to supernatural transformation.

World Vision’s Richard Stearns writes “When we committed ourselves to following Christ, we also committed to living our lives in such a way that a watching world would catch a glimpse of God’s character–His love, justice and mercy–through our words, actions and behavior” (Stearns, The Hole in our Gospel).

What do you do with Matthew 25?

How can anyone read this passage and think that God accepts a gospel that is a only spoken message with no social action! No, they have to go hand in hand!

Is your heart broken at injustice?

To care about justice means to be broken hearted. Even though we know God is in control, the sobering reality is, the world still seems to be a messed up place. Lives cut short by murder or disease, homelessness, racism, child abuse, human trafficking, starvation, the list goes on. The depths of injustice can feel overwhelming. A lot of the time when we see pain and suffering, our instinct is to ask God, “Why?” While a legitimate concern, it misses the point. The point is not WHY injustice happens, but what our RESPONSE to it should be. If we are angered by injustice, that’s actually a great start!  Hopefully it will spur us to action. To be angered by injustice and not do anything, is a tragic missed opportunity. At the end of the day, we are simply…angry.

To be Kingdom builders, we have a job assignment to dedicate ourselves to the poor. When Jesus mentioned to his disciples in Matthew 26:11 that they would “always have the poor”, he wasn’t letting them off the hook by implying that poverty was an unsolvable problem. More accurately, he was suggesting that they would always have a project to dedicate themselves to. Not an excuse for a cop-out, but job security! Never give up on the poor, never lose sight of our mission to give wholeheartedly to those in need. Together, we can honor God by seeking justice, all the while praying that He bring his perfect will to earth. As we do this, we will make ours a faith that has power. Power because it is alive!

Here at Steps, we are intentional to reflect Christ in both word and action. We declare the words of the gospel message in confidence and truth and we live the gospel through social justice and service to the poor. It’s not either/or for us. We don’t water down the truth of the gospel message, and we don’t neglect to fight against injustice. Both are in harmony when we align with the heart of God.

The paintings displayed in this post are by Gary L Wolfe, an incredible Artist from Buffalo whose paintings bring dignity to those living in homelessness and poverty. Find out more at glwolfeart.com.

2 thoughts on “Why Should Christians Care About Social Justice?”