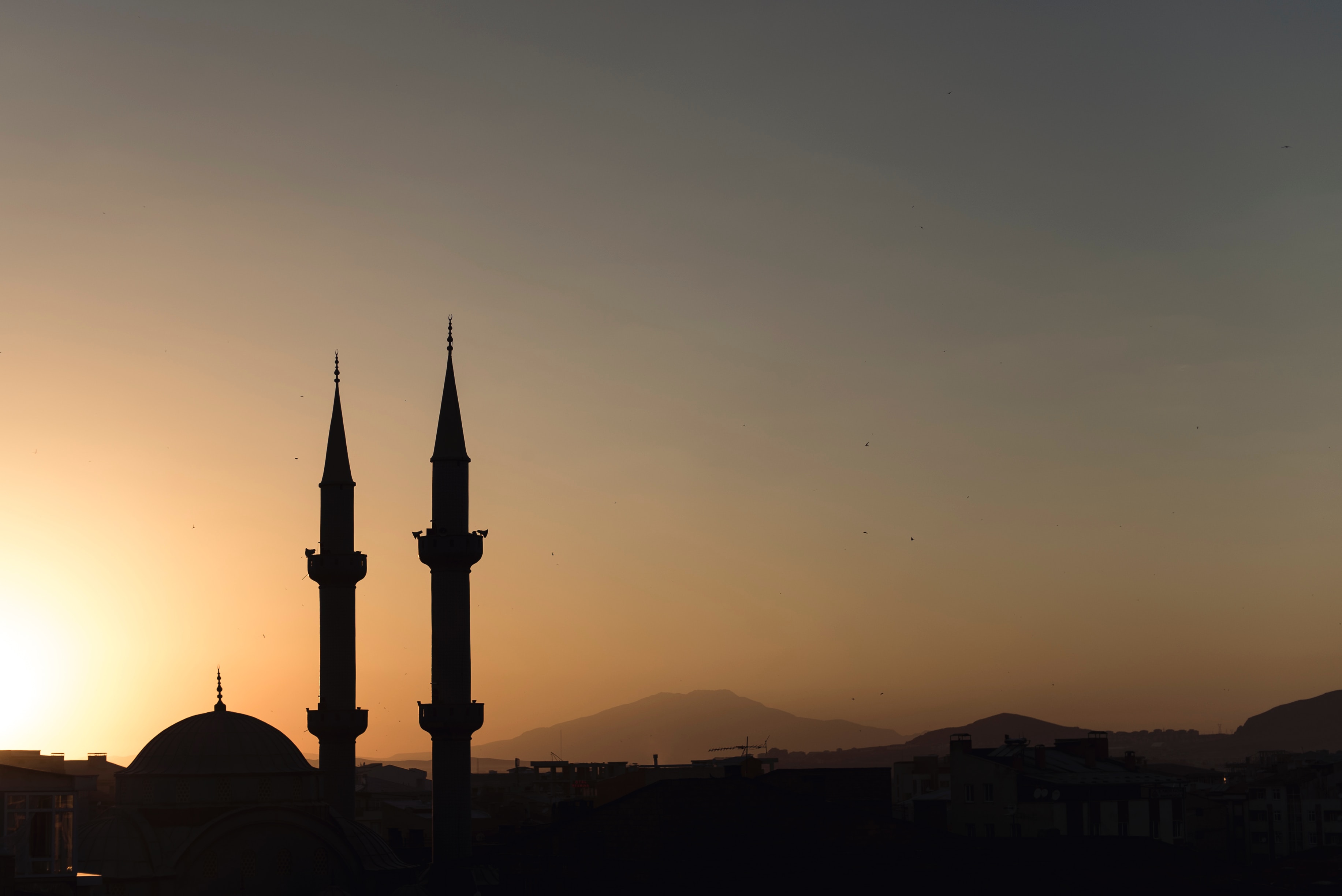 There has been buzz of media talk lately about Islam and religious extremism. We have world leaders telling us that the terrorist group Islamic State in Iraq and Syria (ISIS) has nothing to do with Islam. There is widespread uncertainty among America’s immigrant population as to what the ramifications will be for them with the new Presidential administration. We have thousands upon thousands of refugees of a wide range of religious and political ideologies flooding into European nations. It’s no wonder that our airwaves are filled with alienating and demonizing speculations and our TVs are covered with images designed to provoke fear.

What should our Christian response to all this be? We are ever compelled to ask that clichéd question; ‘What would Jesus do?’ Jesus ministered at a time of an oppressive state, the Roman Empire, and a murderous anti-establishment religious extremist group that were known as zealots. Jesus was neither a Roman sympathizer nor a zealot, rather he loved and served both. In Luke 7, He is given the opportunity to heal a Roman centurion’s servant, and He performs the miracle without a thought. Matthew 10:4 tells us that in his list of twelve disciples was a man known as Simon the Zealot. We are not told about this man’s activity, but we can assume that Jesus’ inclusion of him in his small group of disciples changed his heart.

So what are some steps we can take to be a Christ-like witness to Muslims and Middle-Eastern People?

Barak Obama assured us that ISIS (or ISIL as he calls them) has nothing to do with Islam and that 99.9% of everyday Muslims in the world are peaceful and condemn the atrocities of such groups as Hezbollah, ISIS and Boko Haram. I’m not sure how stupid he thinks the American people are, but he obviously doesn’t think we are mindful enough to see that his statements are a far cry from reality.

In the video Islam by the Numbers by the Clarion Project, statistics show a radically different story. In 2013, Pew Research Center conducted a comprehensive study based on interviews with thousands of Muslims in 39 countries. Here are some of the findings:

The Statistics about Young Western Muslims (18-29) are almost more troubling. They found that 26% of American Muslims and 35% of British Muslims in this age group believe that suicide bombings against civilians ‘can be justified’.

Many Muslims are moderate and have no interest in Islam as a political system, but the reality is that many millions around the world are not. Of these millions who have these extreme beliefs, it is a small number who actually use violent aggression to achieve their political aim, but these are supported and sometimes funded by millions who would seek to achieve this aim through other means.

Allow me to make myself clear. I am not painting Muslims with a wide brush. I have friends who are Muslim and denounce these ideas. But I think it’s important to be frank. I don’t think that deception or denial protects Muslims at all, it rather alienates and ostracizes them further. The prevailing opinion is that any honest conversation about Islamic extremism is tantamount to hate speech. My opinion is that it is important to have these conversations in churches and Christian groups for the purpose of knowing how we can best show the love of Christ to Muslims in our neighborhoods. History has told over and over again the story of a wide-spread ignorance that had calamitous consequences.

Let me close this section with the following quote from the Reverend Martin Luther King Jr. “Many people fear nothing more terribly than to take a position which stands out sharply and clearly from the prevailing opinion. The tendency of most is to adopt a position that is so ambiguous that it will include everything and so unpopular that it will include everybody.” (MLK, .19)

Christians should express tolerance and seek points of solidarity with Muslims

With our facts straight about Islam, we must then seek points of solidarity with local Muslims. It is important to note that in spite of the above information, there are some principles in Islam that are mirrored in Christianity. Islamic people tend to have a strong commitment to family and community life. Many families that I have talked with, live in close proximity to, if not with their aging parents. In some households the parents of both husband and wife live in the same house and help take care of the children. They see children as a blessing and are strongly pro-life. They are often very hospitable to both friends and strangers, making food and tea for all visitors to the house. There is also a sense of discipline and abstinence from sin that is valued.

It is important to recognize that Evangelical Christians are often painted with the same brush as right wing Republicans. No matter what kind of worldly or strange ideologies or opinions come out in the media from the right, evangelical Christendom is credited with them, Christ-like or otherwise. While it is true that many of the socio-political values of the right wing tend to coincide with a Judeo-Christian worldview and that many Evangelical Christians in America vote Republican, Christ doesn’t fit into a political party. Those fear mongers on the television don’t represent Jesus Christ! When a young Muslim living in a sheltered community turns on the TV, how should he know the difference! This brings me to my last point.

My aim with this article is not to make a political statement, but to mount a challenge to the Christian community. There are many stigmatized and isolated Muslim and Middle Eastern people who live in our communities. I would like to suggest that now is the time more than ever before to let walls down and go out of our way to show kindness to Muslims. Jesus tells us that the second most important commandment is to ‘love our neighbors as ourselves’. People who live by the words of Christ should not have separate protocol for how they welcome Christian brothers and sisters and how they welcome strangers.

In the last year my wife and I have had the privilege of becoming familiar with some Muslim families in our city. The following story illustrates just how stigmatized Middle Eastern people are. My wife was working for a coffee shop on a college campus. One morning she had a long line of customers getting ready to get their morning fix who weren’t usually at the campus. She noticed that two girls wearing Muslim head scarves, who were regular customers, were headed to join the line. Astoundingly, within minutes, the line cleared out as the girls approached and the two girls were the sole customers. With the strange break in the flow of customers that these two girls unwittingly created, my wife asked them some simple, friendly questions to get to know them. Before long, friendships developed and we were invited as dinner guests.

Sadly, many Christians in the West live crippled by the same fears as those who don’t know Jesus. Now is not the time to bubble wrap your children to keep them safe from people who look and sound different to them, it is a time to boldly extend a loving hand to a people group that is greatly stigmatized and misunderstood. Imagine if you lived in a place where people avoided you and fled from you for no other reason than the color of your skin and your abnormal dress. Someone who is warm, genuine and welcoming appears as a breath of fresh air in the midst of a suffocating fog of fear. It is important that we overcome any fears that are hindering us from true Christian hospitality. The antidote to fear is unconditional love. How can we show unconditional love to others if we fear what they will do to us if we knock on the door and say hello.

In many countries that are predominantly Muslim there is a growing movement to Christianity. Recent statistics tell us that the fastest growing national evangelical church in the world today is in Iran. There is widespread disenchantment with the corruption of Islamic political leaders and the injustices committed in the name of Islam. It is no wonder that Muslims are seeking for spiritual truth outside of Islam, and it is exciting that many of them are finding that truth in Christianity. There is a great window of openness to the Christian faith in our day that we can either capitalize on or miss. Will you hide from Muslims in the name of orthodoxy? Religious tolerance is not about changing one’s convictions to embrace all faiths, it is about looking past religion and seeing a person made in the image of God.

I close with an excerpt from a letter that was sent to Philip Yancey just days after 9/11. Yancey published it as an article called Letter from a Muslim Seeker in Christianity Today. The writer of the letter was considering leaving his faith and following Christ but was aware that his decision to do this would devastate his mother and distance him from his family, he writes, “Do you think I would find loving and open-minded friends in the church? Would it be fair to say some people would put their guards up and won’t want anything to do with someone who belongs to some different Asian Indian race? Someone who has a different color of skin and speaks with an accent?”

How would you answer this man?